It is in News that Motorola is working on a couple of new devices for the past few months. A couple of leaks of upcoming Moto devices have already up on the internet. Now, a bunch of seven Moto devices with a model number – XT1770, XT1772, XT1773, XT1724, XT1725, XT1726 and XT1721 have cleared WiFi certification. All the devices will run on Android 7.0 / 7.1.1 Nougat. Interestingly, all the seven devices will be poweredÂ by a Quad core Mediatek MT6737Â processor. 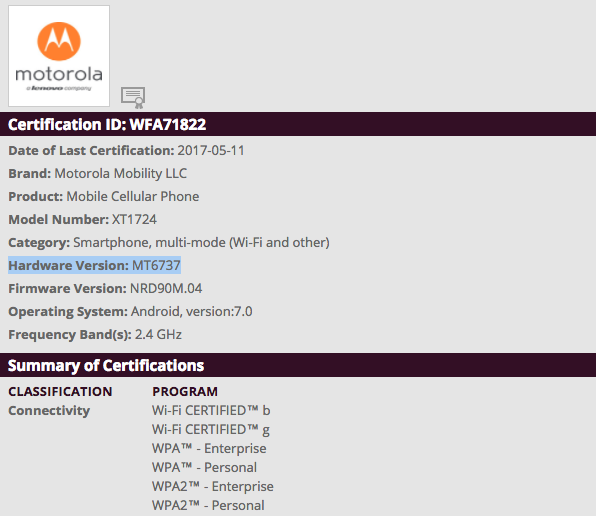 Out of these seven upcoming devices, XT1726 is rumoured to be launched as Moto C Plus. XT1773 is the model number for the upcoming Moto E4. As per previous leaks, the Moto E4 will be powered by a MediaTek MT6737m processor and will sport a 5-inch display, a 5-megapixel rear camera, and a 2-megapixel selfie camera. The deviceÂ is expected to be fitted by a 2,300 mAh battery. XT1772 is leaked as Moto E4 Plus. 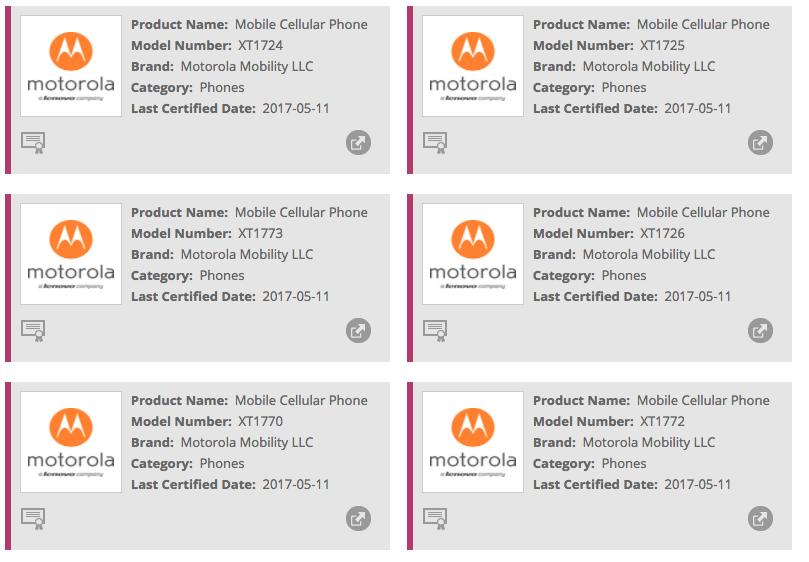 And, XT1770 is the Moto E4 Power. The same device was listed on FCC recently, which is equipped with a non-removable battery of 5000mAh.