After appearing on benchmarking sites, Antutu and Geekbench, Sharp upcoming smartphone, Sharp FS8016 has now appeared on another benchmarking site, GFXBench. As per the GFXBench listing, the Sharp FS8016 will flaunt a 5.5-inch display with a resolution of 2040×1080 pixels. Inside, the phone will be powered by Snapdragon 630 chipset clocking at 2.2GHz. RAM will be 4GB, while the internal storage will be 64GB. 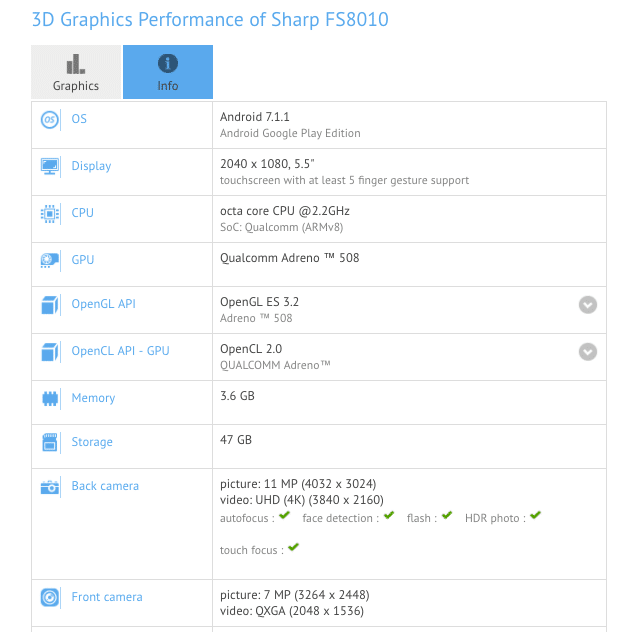 Camera-wise, the Sharp FS8016 will sport a 12-megapixel rear snapper, which is capable to shoot 4K videos. On the front, there will be an 8-megapixel front snapper for taking selfies.

As per Geekbench listing, the Sharp upcoming phone has the same Snapdragon 630 chipset combined with 4GB of RAM. The phone will run on Android 7.1.1 Nougat.