After appearing on GeekBench benchmarking site in the past, Alcatel Idol 5S has now appeared on another benchmarking site, GFXBench, revealing most of the specs of the phone. The Alcatel Idol 5S will run on Android 7.0 Nougat, sporting a 5.2-inch Full HD display. The phone is powered by a Helio P20 chipset (MediaTek MT6757CH) coupled with 3GB of RAM. Internal storage space would be 32GB, which could be further expanded using a MicroSd card. 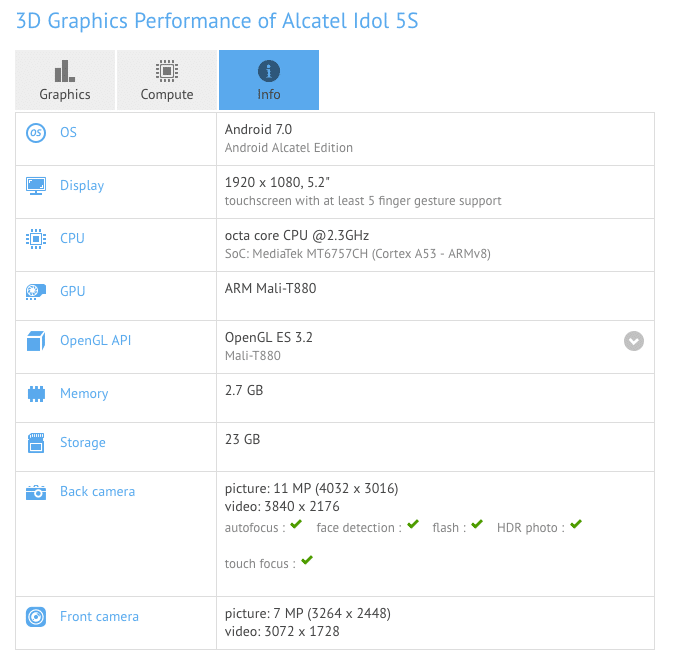 Camera-wise, the Idol 5S flaunts a 12-megapixel of rear camera along with an 8-megapixel front camera. Battery information of the phone is still missing. Looking at the specs of the phone, it is evident that the upcoming Alcatel Idol 5S will face a stiff competition with other mid-range devices.