Sony Xperia XZ Pro, after a lot of speculations circulated on the web recently, has been spotted online for the first time. The schematic look of the upcoming Sony smartphone has been leaked, revealing dual rear camera setup with LED flash. 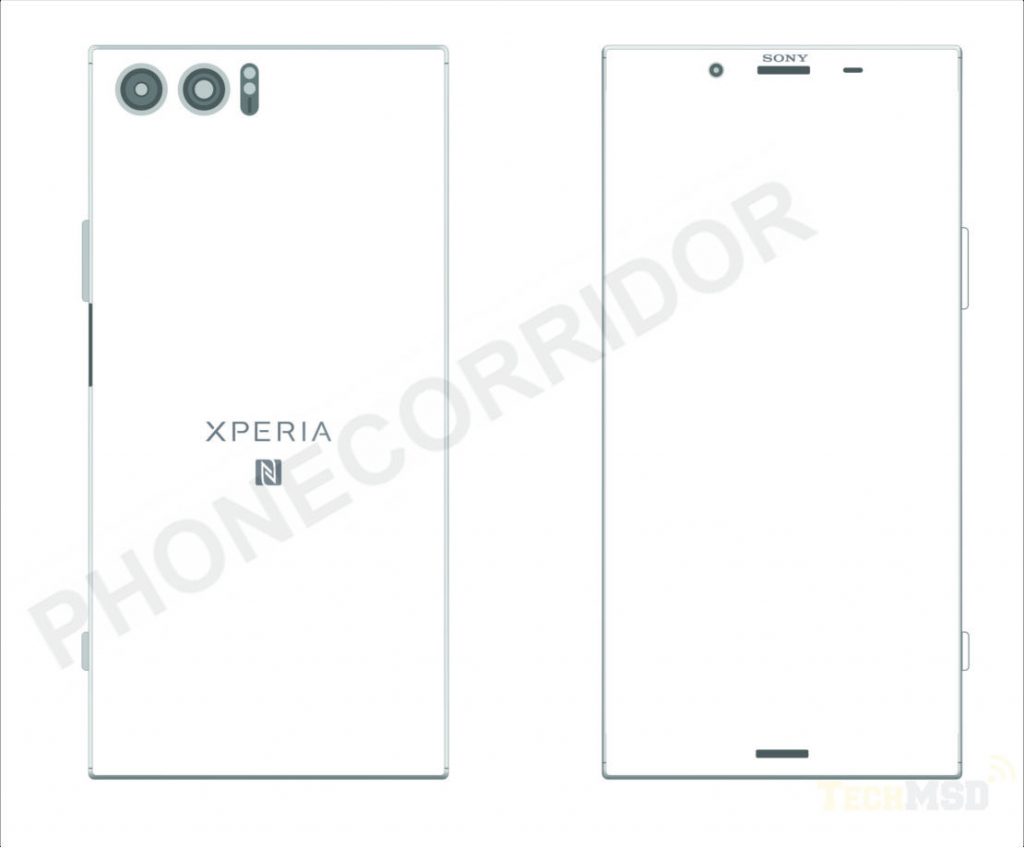 The front panel of the phone sports a bezel less display with 18:9 aspect ratio. Absence of home button hints that the phone will have a fingerprint scanner embedded in the home button on the side of the device. A dedicated camera button is present as well.

Under the hood, the phone is expected to be equipped with a Snapdragon 845 chipset coupled with 6GB RAM. A 13- megapixel front snapper could be added.

Talking about its launch, Sony Xperia XZ Pro might be launched at the upcoming MWC 2018.