Expected to be announced in June, a new render leak of Xiaomi Mi Note 3 spotted with dual rear camera setup. The leaked render from Tiger Mobiles of the upcoming Xiaomi smartphone flaunts a frontal fingerprint sensor along with dual curved display. The Dual camera setup looks identical to the one we have seen in Xiaomi Mi 6. 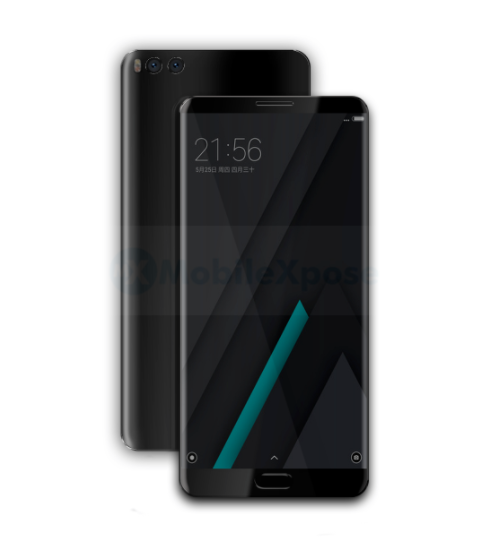 Some previous leaks suggest that the upcoming Mi Note 3 will be powered by Snapdragon 835 chipset coupled with 6GB of RAM and 128GB of internal storage capacity. The device will run on Android 7.1 Nougat operating system. Display-wise, the phone was tipped to have a dual-curved 5.7-inch AMOLED display. A 12-megapixel dual rear camera could be added. An 8-megapixel front snapper. The phone could pack a 4000 mAh battery.

As of now this bit of information about the device (render) should be taken with a pinch of salt.