In the morning, aÂ prototype of OnePlus 5 was spotted online withÂ vertical dual rear camera shownÂ in renders in the past. Now, another real images of OnePlus 5 spotted online which indicates lack of 3.5mm headphone jack in the upcoming OnePlus device. The latest leak of the device is different from the prototype leaked earlier too. The OnePlus 5 has a clean rear look without (minus) any antenna bands (in Black) (shown in the prototype). Noise cancellation mic is present as well. The dual rear camera setup flaunts a dual tone LED flash light sitting in the middle of the two camera lens.

Out of two images leaked, one shows dual rear camera setup and another image revealed absence of 3.5 audio jack. The phone will have dual speaker grills and a USB Type C port, as per the leaked image. 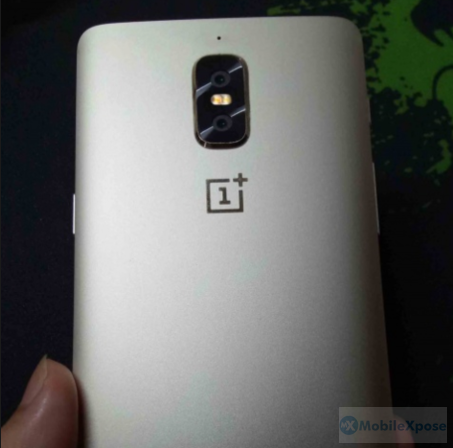 The Oneplus 5 was listed on Antutu revealing most of the specs. The phone will be powered byÂ an Octa core Snapdragon 835 chipset accompaniedÂ with 6GB of RAM. Inside, there will be 64GB of internalÂ storage space. The device will run on Android 7.1.1 Nougat. As per the Antutu listing, the OnePlus 5 will carry a 16-megapixel rear camera and a 16-megapixel selfie camera. A 5.5-inch screen size is expected. Full HD display resolution is confirmed.