After appearing on the Chinese telecommunication authority, TENAA, Asus upcoming smartphone, X00GD has been certified by WiFi Alliance. As per the listing, the phone will run on Android 7.0 Nougat, as reported in the TENAA listing. 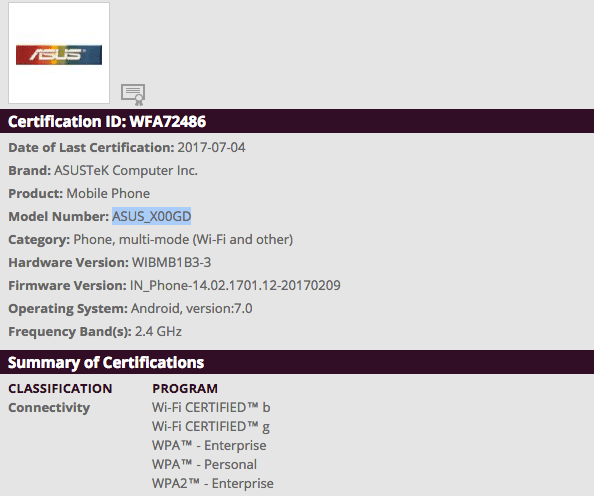 In terms of specifications, the Asus X00GD sports a 5.2-inch HD display powered by an Octa core processor clocking at 1.5GHz. Three different RAM (2/3/4GB) and storage (16/32/64GB) variants listed. Camera-wise, the device has got a 13-megapixel rear camera unit along with an 8-megapixel front snapper. The X00GD packs a massive 4850 mAh battery. A fingerprint sensor is embedded in a home button.

Expected to be launched in these colour options – Gold, Rose Gold and Black, no exact release date of the smartphone is confirmed yet.