Earlier, it was informed that Asus Zenfone AR will be announced in Taiwan by mid-June. Now, a media invitation has been circulated for an event on June 14 where the Worldâ€™s first 8GB RAM smartphone, Zenfone AR will be announced. The event will be held in Taiwan. A 6GB RAM version will also be launched. The Asus Zenfone AR is the second handset to come with support for Tango, Google's augmented reality (AR) system. It also supports Daydream. 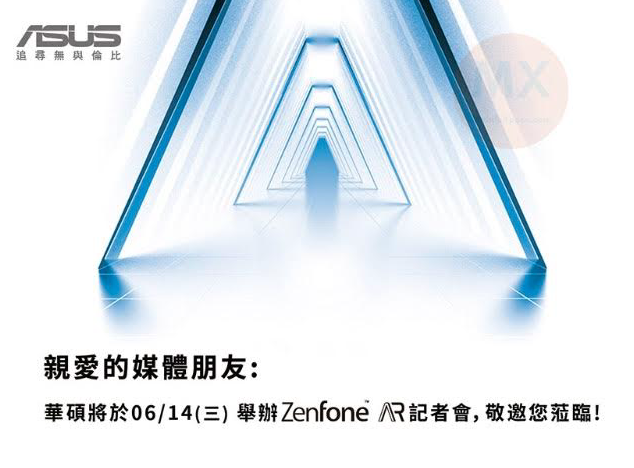 Soon after its launch in Taiwan, the Asus Zenfone AR will be made available in the US market as well. Asus Zenfone will come to India around August.