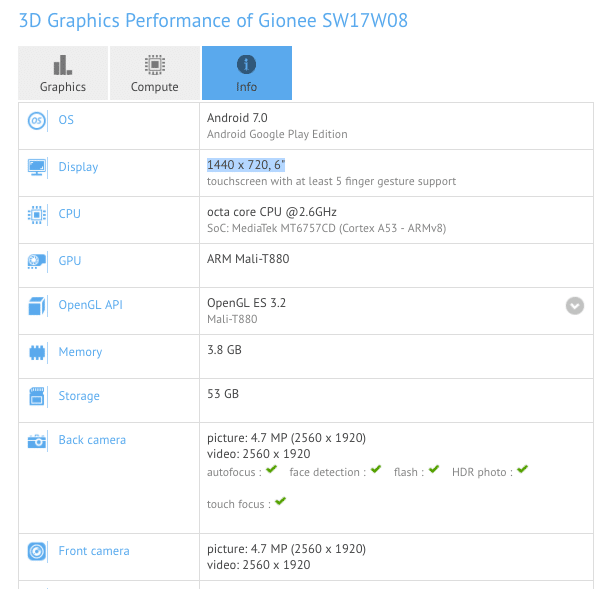 Other listed specs on the benchmarking site includes an Octa core Mediatek Helio P25 chipset paired with 4GB of RAM and 64G of internal space. In terms of camera, the phone might have a dual rear camera setup. As per the listing, the phone will have a 5-megapixel front and rear camera. Both cameras are capable of capturing 4K videos. The phone runs on Android 7.0 Nougat.