After appearing on TENAA, Gionee upcoming smartphone, Gionee S10 with Dual rear camera has appeared on GFXBench. Listed as Gionee S10B, the phone carries a 5.5-inch Full HD display backed by a MediaTek Helio P10 chipset clocking at 1.9GHz. RAM is 4GB, while the storage space is 64GB. 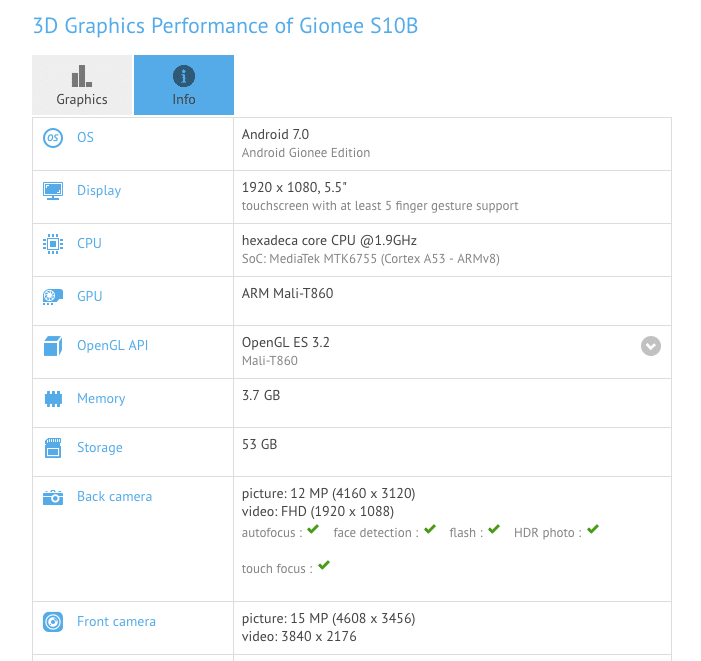 Coming to the camera of the phone, the phone is said to have a Dual rear camera setup measuring 13-megapixel (Only one 12-megapixel camera is mentioned in GFXBench list). On the front, there is a 16-megapixel (15-megapixel as per the listing) selfie camera.

Previous leak confirms it to be have a 3700 mAh battery. The phone will run on Android 7.0 Nougat. The Gionee S10 will be launched in two different color variants – Gold and Black.