As well we aware that Gionee is going to unveil 8 new smartphones in the coming days, including Gionee S11 – successor of Gionee S10. A couple of images have been spotted on the net previously. Now, a new image of the same device has popped up online, confirming that the phone will be powered by a mediatek Helio P23 chipset. It is an octa-core SoC clocked at up to 2.5 GHz.

The TENNA listing has already confirmed most of its specifications. The Gionee S11 will be a 6-inch device equipped with 1080×2160 Full HD+ resolution. Like other newly launched smartphones, this upcoming device will sport an 18:9 ratio display. The phone would be launched in two storage spaces -4GB RAM AND 6GB RAM.

As for the cameras, the device will flaunt a 16MP + 8MP dual-camera setup on the front. At the rear panel, the phone has hot a dual camera setup, measuring a 16MP + 5MP. The Gionee S11 is likely to ship with Android 7.1.1 Nougat 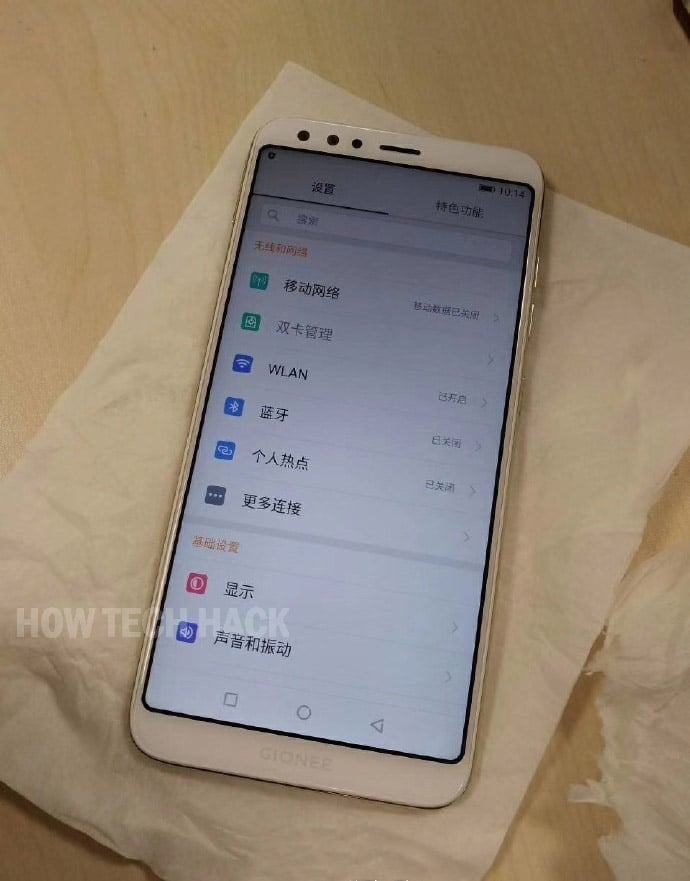