Google upcoming flagship phone, Google Taimen has been recently appeared on a benchmarking site, GeekBench. As per the listing, the Google Taimen will be launched with Android latest OS, Android O. Apart from this, the phone will also be backed by a Snapdragon 835 chipset, which is an Octa core processor. The phone will be fitted with 4GB of RAM. 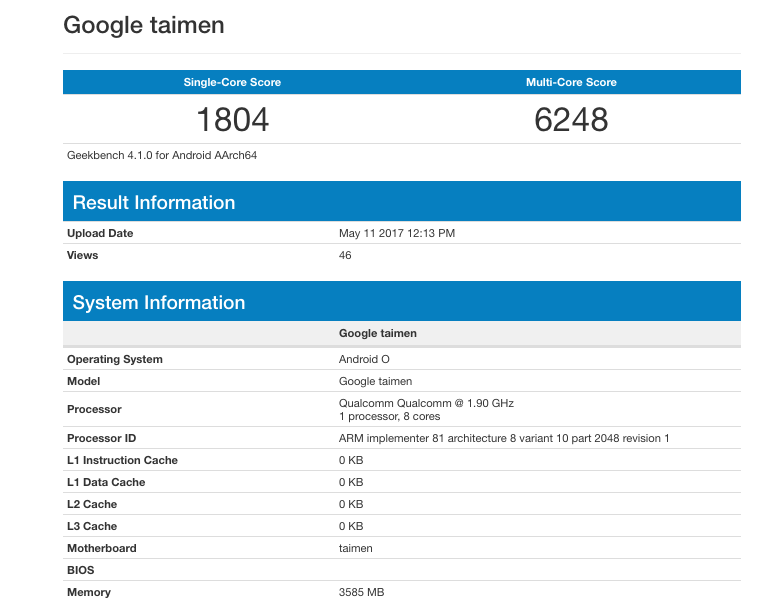 No other details about the phone is revealed yet. The Google Taimen is rumoured to be a 6-inch device. Apart from this Google Taimen, two other Google smartphonesÂ codenamed Muskie and Walleye are also expected to hit the retail shelves.