LG upcoming device, LG X Power 2 made its appearance on GFXBench recently. The phone with a same model number (LG M320) appeared on GeekBench in the past as well. The phone was certified by the United States Federal Communications Commission (FCC). 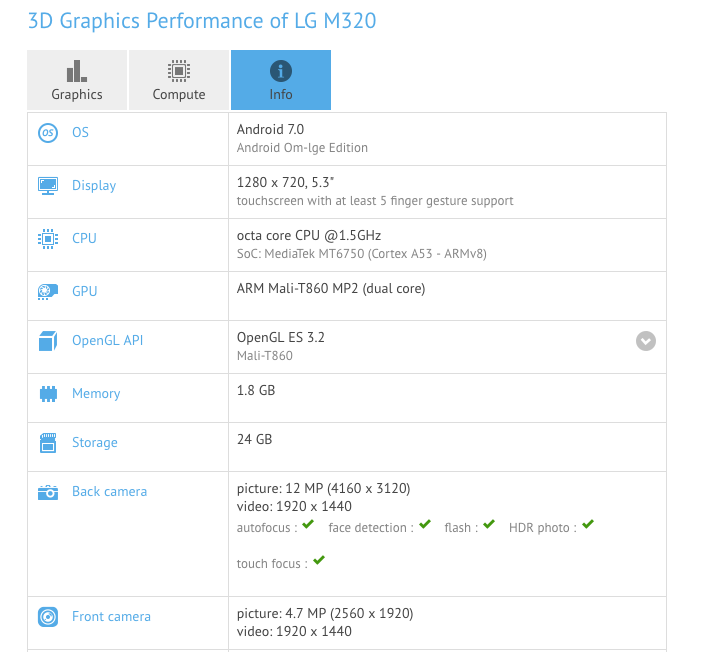 The GFXBench listing confirms previously leaked specs spotted on GeekBench. The LG X Power 2 will run on Android 7.0 Nougat. The phone will be equipped with a 5.3-inch HD display and will be shipped with the MediaTek MT6750 SoC. This is an Octa core processor clocked at 1.5GHz. RAM is 2GB, while the internal storage would be 32GB.

Camera-wise, the LG smartphone will sport a 12-megapixel rear camera, capable of shooting Full HD videos. At front, there will be a 5-megapixel selfie snapper. Battery information about the device is unknown.

With all these recent certification and benchmark listings, arrival of the LG X Power 2 is imminent.