Meizu M6 Note is scheduled to be launched on August 23. Now, a couple of leaked images of the phone have surfaced online. Out of two leaked images, one, rear panel of the device, flaunts a dual rear camera setup aligned vertically. The dual camera setup is accompanies with four LEDs, last seen in Meizu E2 smartphone.

On the front, the phone is expected to have a 5.5-inch Full HD display. The leaked image of front panel revealed frontal fingerprint scanner, mostly seen in Meizu devices. 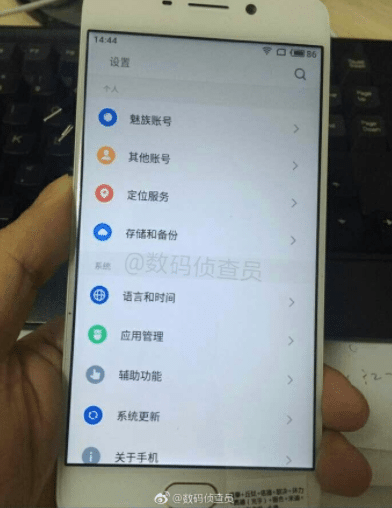 As per other rumoured specs, Meizu M6 Note will be powered by MediaTek P25 processor coupled with 4GB of RAM and 64GB of native storage. Inside, the phone might pack a 4000 mAh battery.

Expected to be priced around 1599 yuan, the phone would be equipped with 13-megapixel dual rear camera setup.