Motorola has already send out a couple of media invites for upcoming phones like Moto Z2 and Moto X4. Now, another Motorola device has been certified by WiFi alliance with a model number XT1902-2. The phone is powered by an Octa core Mediatek MT6757CH Helio P20 chipset. The phone will run on Android 7.1.1 Nougat. This could be Moto M2 another variant.Â 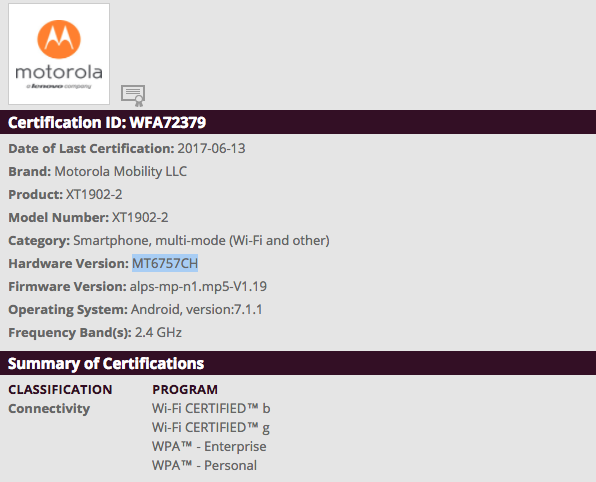 Recently, Moto XT1902-3 has been spotted on GeekBench. The phone is touted to be the successor of Moto M. But Moto XT1902-3 is powered by a Decade core MT6797 Helio X20 chipset combined with 4GB of RAM.