As expected, Motorola has announced the sale price and availability details of the most anticipated smartphone, Moto G4 at an event. Priced at Rs 12499, Motorola Moto G4 will be available from Wednesday midnight exclusively on Amazon (India). It was showcased earlier at the launch of Moto G4 Plus. 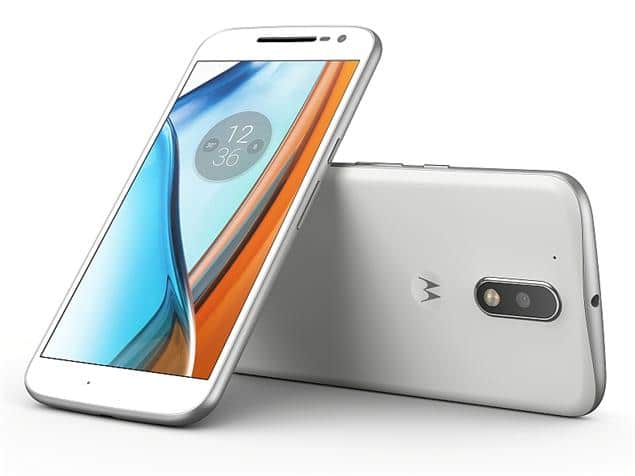 As far as specifications of the Moto G4 are concerned, the company has altered (withdrew) some features equipped in Moto G4 Plus. You will not get a fingerprint scanner on Moto G4 and a 13 megapixels rear snapper is fitted instead of a 16 megapixels shooter. Apart from these two changes, both the devices look familiar. Moto G4 sports a 5.5-inch Full HD Display with Gorilla Glass 3 protection. Inside, there is a 1.5GHz Octa Core Qualcomm Snapdragon 617 processor coupled with 2GB RAM.

On the storage front, you will get a 16GB of internal storage, which can be expanded upto 128GB. As mentioned above, the newly launched phone comes with a 13 megapixels rear camera with phase detection autofocus and dual-LED tone flash. On the front, there is a 5 megapixels snapper for clicking great selfies. Running on Android Marshmallow OS, Moto G4 measures 153 x 76.6 x 9.8 mm. A 3000 mAh battery is fitted under the hood, which is capable of giving a full day battery backup. It supports turbo charging as well.