Another Motorola media invite popped up online for June 27 at 19:00 hours. It seems like Motorola will announce either of two smartphones – Moto Z2 or Moto X4 in India on the mentioned date. As per the media invite, a lady flaunts all black Moto device equipped with a dual rear camera setup. No exact information on which Moto device will be announced on June 27 event and in which part of the globe. 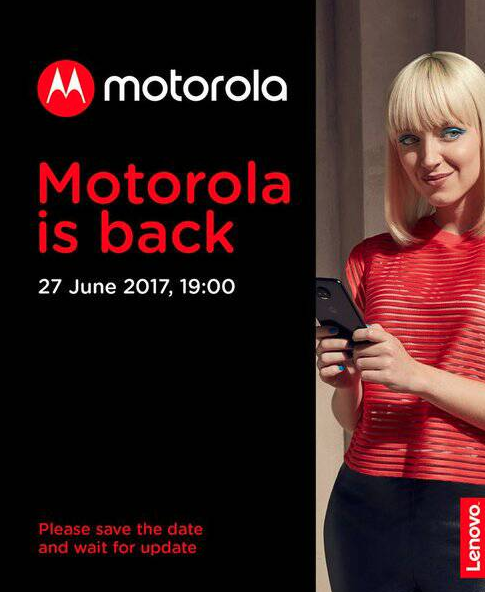 Recently, Motorola sends out invites for June 21 event where the company is expected to launch a new Moto smartphone in Brazil. It isnâ€™t clear which device Motorola will be launching, but reports claim at the launch of Moto Z2 / Z2 Force or Moto X4.