It is known to everyone that Huawei’s Honor brand is going to unveil their new smartphone, Honor V10 on November 28. Today, a new Honor smartphone with edge-to-edge display featuring 18:9 ratio has been spotted. Looking at the leaked image, it is obvious that the company is planning to launch a 18:9 ratio smartphone soon. 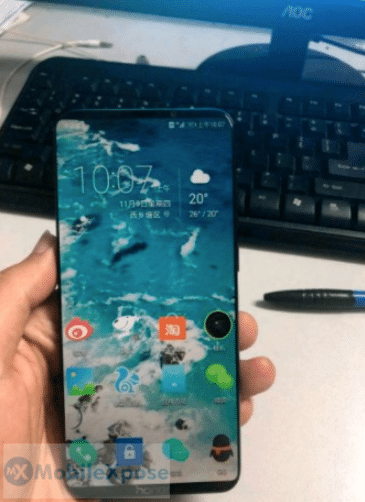 The leaked image shows a front snapper on the front and Honor branding at the bottom. The display of the phone could be around 6-inch. As of now, no more details about this mysterious Honor smartphone is known. The phone might be launched along with the Honor V10.

Coming back to the Honor V10, the smartphone was spotted on TENAA, revealing most of its specifications. The Honor V10 will have a 5.9-inch display, powered by Kirin 970 processor and 6GB of RAM. The handset is expected to be launched in two storage variants – 64GB or 128GB. It will flaunt a dual camera setup measuring 16-megapixel primary sensor coupled with 20-megapixel secondary sensor. At the front, there's a 13-megapixel sensor.