It was started with a couple of Moto Mods released a year back includingÂ the JBL SoundBoost speaker, Moto Insta-Share projector, Hasselblad True Zoom camera and Incipio OffGRID Power pack. Recently, it was announced that Lenovo and Motorola have plans to launch around 12 Moto Mods every year. With this, we have come across a couple of images hinting at upcoming new Moto Mod. Going by the first picture (shown below), it reads â€˜An Icon returns as a Moto Modâ€™ with a diagonally positioned slim Moto Mod. Another image leaked shows MotoRazr Mod – which will have an additional display with exact same size and look we have already seen in Motorola most stylish flip phone, MotoRazr. 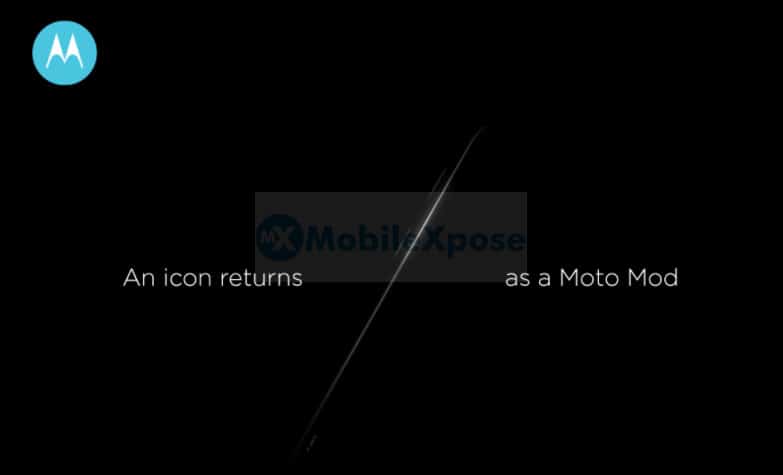 No more information about the upcoming Moto Mod is known yet. Moto Mods are designed to enhance the smartphone functionality by clipping Moto Mods to a magnetic back panel at the back of the Moto devices. A couple of expected (rumoured) Moto Mods have already been in the newsÂ on the internet including a photo printer. 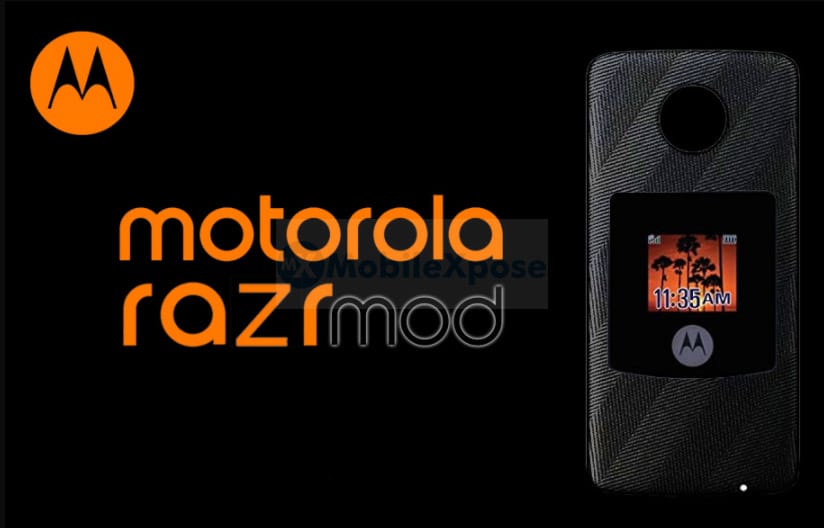