Earlier this year, a report revealed that Nokia is all set to unveil a couple of smartphones in the coming months, including Nokia 1, Nokia 4 and Nokia 7 Plus. Today, it has been noticed that the Nokia 4 smartphone has received FCC certificate with the FCC ID: 2AJOTTA-1048. As per the FCC listing, the Nokia 4 has been codenamed as TA-1048. 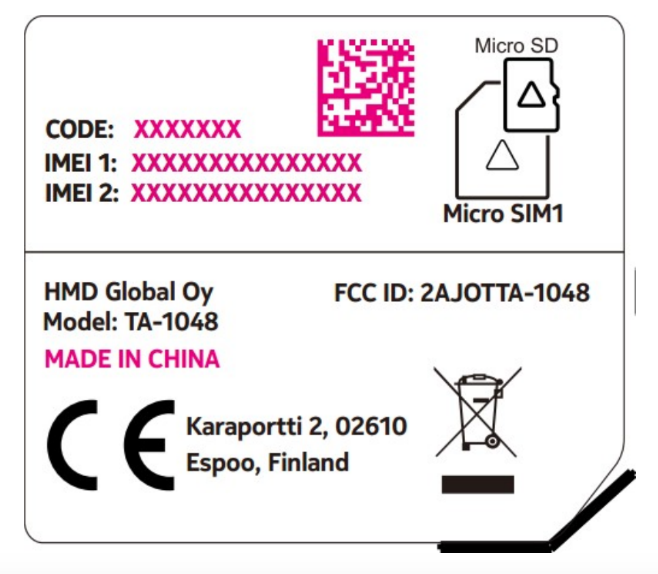 No concrete specifications about the phone is known at the moment. However, the FCC listing has revealed that the phone will support a micro SD. A hybrid SIM slot will be present.

Recently, official renders of the upcoming Nokia 7 Plus and Nokia 1 have emerged online. Both these phones are expected to be released at MWC 2018. The leaked render images have confirmed that the upcoming Nokia 7 Plus will be Nokia’s first smartphone paired with Android One. Apart from Android One logo, the rear camera has a Zeiss branding as well.

On the other hand, the Nokia 1 will be running on Android Go edition.