Recently, a couple of renders of Nokia 8 have been popped up on the internet in Blue and Silver color variant. Now, Nokia upcoming smartphone, Nokia 8 has accidentally spotted on Nokiaâ€™s official website. On the website, the phone is shown in blue color variant with the popular â€œhandshakeâ€ image. Note: Now the webpage has been removed. 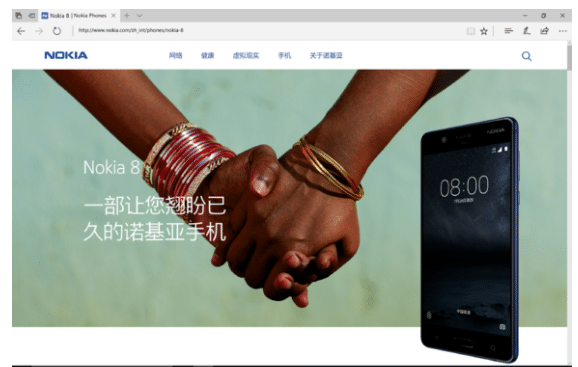 As per the earlier leaks, the Nokia 8 would feature a 5.3-inch QHD display powered by Snapdragon 835 chipset accompanied with 4GB of RAM and 64GB of native storage.

The yet-to-be-announced smartphone will sport a metal body and Carl Zeiss branded dual camera setup on the back. The device will flaunt two 13-megapixel rear camera lenses , and a 13-megapixel front snapper.

With this leak, it is expected that Nokia 8 would hit the retail shelves soon. The phone is expected to be priced around EUR 589 (roughly Rs. 43,400).