Expected to be launched soon (June 20), OnePlus 5 in Black color has already up on the internet along with leaked specs. Now, another color variant of the phone appeared online. This time, Red color OnePlus 5 spotted online with Black antenna bands. Official confirmation is not made yet, will be confirmed at the launch event. In the past, a couple of brands have already launched their smartphones in Red color variant. Apple iPhone 7/7 Plus has got this color too. 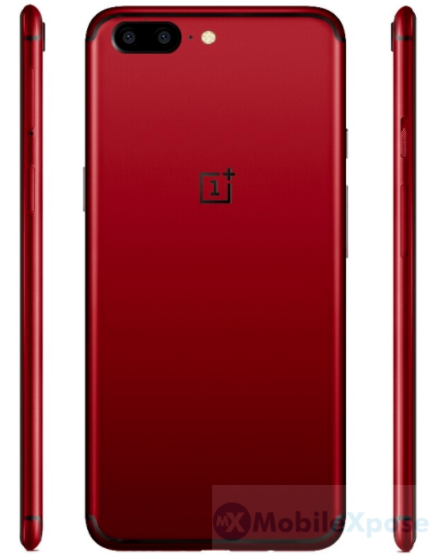 As per previous leaks, OnePlus 5 is expected to have a 5.5-inch Full HD display powered by Snapdragon 835 chipset coupled with 8GB of RAM and 128GB storage. On the front, the phone will flaunt a 16-megapixel selfie camera. The main highlight of the phone is its dual rear camera setup aligned horizontally. The dual rear camera is 16MP+16MP.

The phone has already appeared on benchmarking sites including Geekbench and GFXBench. And interestingly, the OnePlus 5 will be available in India for all, invite-free.