Oppo will officially launch its upcoming smartphone equipped with Dual rear camera setup, Oppo R11 on June 10. A couple of specs leaks have already up on the internet. Now, Oppo R11 in Silver color variant spotted online, but with a hazy effect. The leaked images showed a frontal fingerprint sensor and a dual rear camera setup. 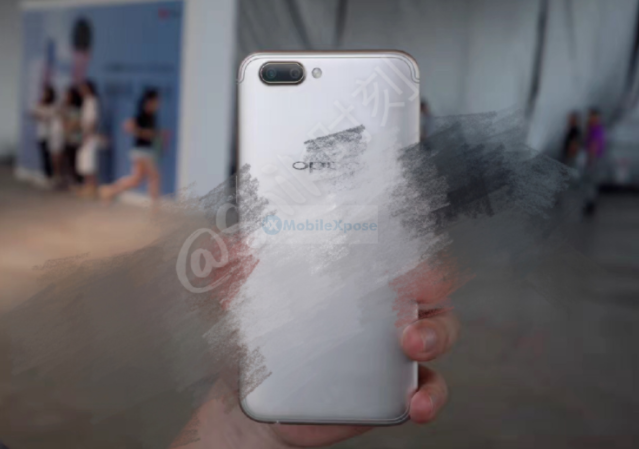 Previously, the TENAA listing for the R11 revealed that the phone will have a 5.5-inch Full HD display coupled with Snapdragon 660 chipset and 4GB of RAM. The phone will sport a dual rear camera setup – 16MP + 20MP. There will be a 20-megapixelÂ  selfie camera. The phone will run on Android 7.0 Nougat and will pack a 2900 mAh battery.

Apart from the Oppo R11, Oppo R11 Plus is also expected to be launched at the same event. The Plus variant is expected to have a 6-inch display coupled with 6GB of RAM and 3880mAh non-removable battery.