Samsung Galaxy A5 (2018), which is in News for a long time for its form factor and specs, has finally received FCC certificate with an FCC ID – A3LSMA530N. A couple of days back, the same model has got the certification of the National Radio Research Institute with the certification number MSIP – CMM – SEC – SMA530N. 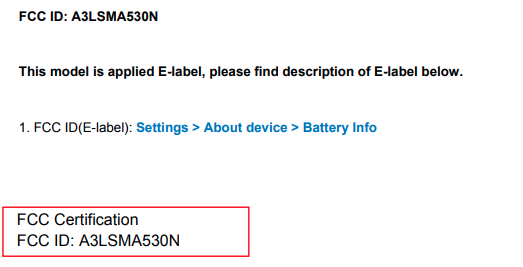 In terms of specifications, several leaks hint an infinity display equipped with a 5.5-inch Full HD+ display with 1080 x 2160 pixels resolution. Render images of the Galaxy A5 (2018) hint at rear fingerprint scanner fitted under the single rear camera coupled with LED flash.

The Galaxy A5 (2018) has been reported to have an Exynos 7885 chipset coupled with 4GB of RAM under the hood. The phone would probably carry predecessor’s features including IP68 waterproof and Always On Display. Bixby button is also rumoured.

In the past, the Galaxy A5 (2018) with the model name SM-A530F has been already spotted on Geekbench, featuring an Exynos 7885 chipset and 4GB of RAM.