After visiting GeekBench, Samsung upcoming smartphone, Galaxy A5 (2018) has recently received WiFi certificate. As per the listing, the Samsung Galaxy A5 (2018) carries a model name of SM-A530F, same was listed on the benchmarking website – GeekBench. The WiFi listing confirms that the phone will run on Android 7.1.1 Nougat. 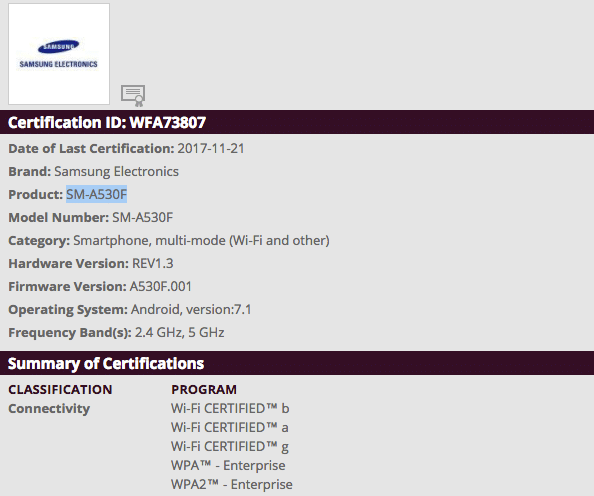 As per previous leaks, Samsung Galaxy A5 (2018) will be powered by an Exynos 7885 chipset paired with 4GB of RAM. Apart from this, the smartphone would feature fingerprint scanner and would be equipped with water resistant feature.