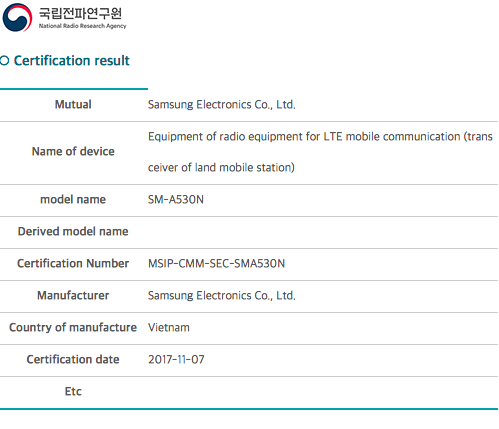 Interestingly, the Galaxy A5 (2018) as SM-A530F has been already spotted on a benchmarking site, Geekbench, featuring an Exynos 7885 chipset and 4GB of RAM.

As per previous leaks and rumours, Samsung Galaxy A5 (2017) will flaunt an infinity display equipped with a 5.5-inch Full HD + display with 1080 x 2160 pixels resolution. Render images hint at rear fingerprint scanner fitted under the single rear camera coupled with LED flash.

The Galaxy A5 (2018) will most probably be powered by Exynos 7885 chipset or Snapdragon 660 chipset coupled with 4GB of RAM. The phone will be IP68 waterproof and will feature Always On Display feature.