Sometimes back, there were reports shouting about the upcoming smartphone series from Samsung. It was stated that the company will be launching Galaxy C series in the market soon. Under this, Samsung has lined up 2 variants with different screen sizes – Galaxy C5 and Galaxy C7. Today, a couple of real images of Samsung Galaxy C5 spotted online, which indicated full metal body and sleek design. The camera module of the phone is protruding just like Galaxy S6. The phone was touted to be launched as a mid-range smartphone. So far, pricing and availability details are under wraps. But post this leak, it is obvious that the company would make a launch announcement soon. 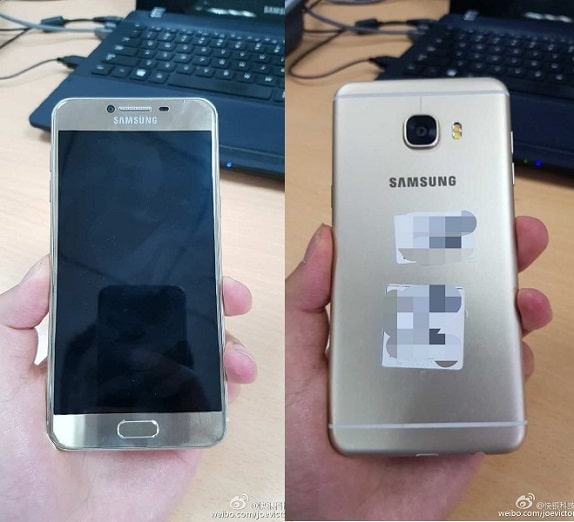 Talking about its specs, Samsung Galaxy C5 codenamed as SM-C5000 is expected to feature a competitive set of specifications to give a tough competition to its rivals. The phone is more likely to adopt a 5.2-inch Full HD display, an octa-core Snapdragon 617 processor coupled with 4GB of RAM. The leaked images revealed dual-tone flash and antenna bands.