After launching the Galaxy J2 with Smart Glow Notifier recently, Samsung has launched a Pro version of the same. Priced at Rs 9890, Samsung Galaxy J2 Pro is up for sale in India at Snapdeal. This phone has the same Smart Glow notification light on the back panel surrounding the camera hood. 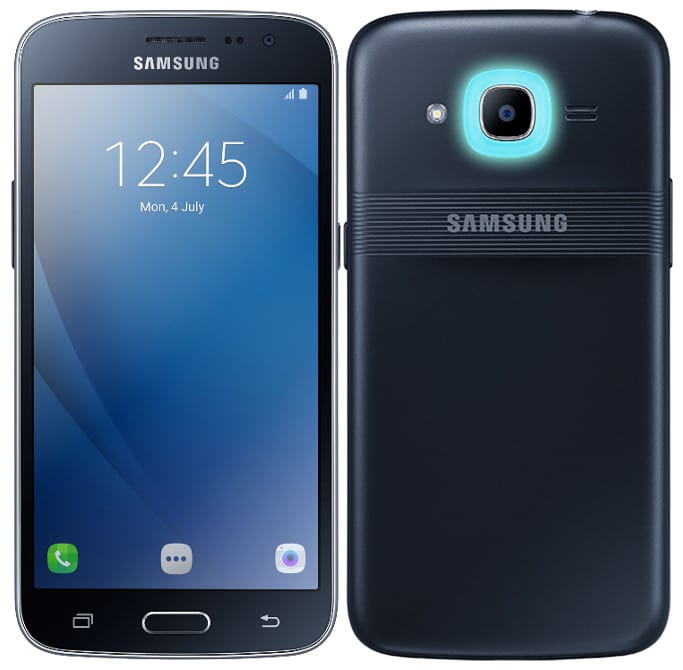 If compared with the Galaxy J2 (2016), Samsung Galaxy J2 Pro flaunts a little upgraded spec sheet. The Galaxy J2 Pro is fitted with 2GB RAM and a 16GB of internal storage space. Rest all specifications are same. The device flaunts a 5-inch HD Super AMOLED Display. For better performance output, the company has install a Quad Core Processor with a clocking speed of 1.5GHz. On the camera front, the phone has an 8 megapixels rear camera and a 5 megapixels front camera. The smartphone is fuelled by a 2600 mAh battery with ultra power saving mode. The phone comes in three different colour variants – Black, Silver, and Gold. Another highlight feature of the phone is its Turbo Speed Technology. This technology loads apps up to 40 percent faster than other devices with same or higher memory.