After appearing on GFXBench several times in the past, Samsung Galaxy J7 (2017) has been benchmarked once again with a model number SM-J27x. This time, the phone carries a 5.5-inch HD display powered by an Octa core Snapdragon 626 processor clocking at 2.2GHz. RAM is 2GB, while the internal storage is 16GB. The device will run on Android 7.0 Nougat. Coming to the cameras, the phone will flaunt an 8-megapixel rear camera and a 5-megapixel front snapper. 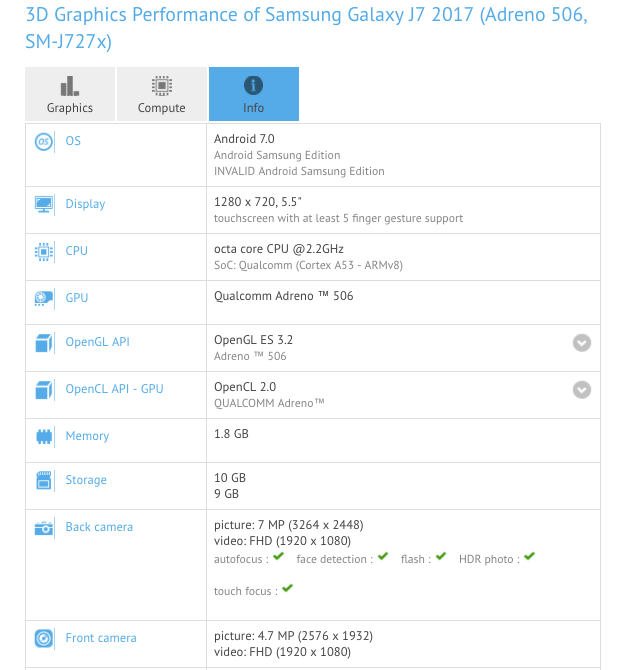 Earlier, Samsung Galaxy J7 (2017) with model number SM-J727A/VL was appeared on the same benchmarking website with almost same specs. But that Galaxy J7 (2017) variant was tipped to be powered by Qualcomm Snapdragon 425 1.4 GHz octa-core processor and 2GB RAM. The phone runs on Android 6.0.1 Marshmallow. Another Samsung Galaxy J7 variant was benchmarked with Exynos 7870, octa core processor and Mali T830 GPU.