After appearing on a couple of benchmarking sites, Samsung Galaxy On7 Pro 2017, codenamed as SM-G615F/DS has now received WiFi certificate. The certification reveals that the phone will have a Dual SIM slot and will run on Android 7.0 Nougat. Past leaks have also confirmed Nougat OS. 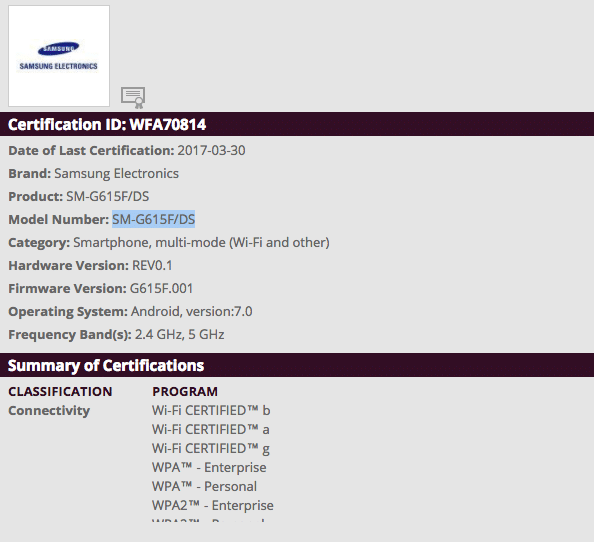 As per the GFXBench, the phone will have a 5.7-inch Full HD display backed by a Mediatek Helio P20 chipset paired with 3GB of RAM, while the internal storage will be 32GB. GeekBench benchmarking results have also confirmed the specs. The Samsung Galaxy on7 Pro 2017 is going to have a 12-megapixel (or 13-megapixel) rear camera and 12-megapixel front camera capable of shooting Full HD videos. Battery details of the phone is still unknown.

As far as its announcement is concerned, it might get unveiled in June 2017. It will be a mid-ranger, price-wise.