Samsung Galaxy S8 and S8 Plus are making great news on the internet in the recent past for their leaks and rumours. Tons of features have already spotted online through several leaks and reports. Now, another feature of the phone has surfaced online. The Samsung Galaxy S8 and S8 Plus will feature â€˜Galaxy S Charge+ featureâ€™, which is capable to charge the battery from 0-100% in less than 20 minutes. It has SmartDischarge feature as well which will improve battery performance. 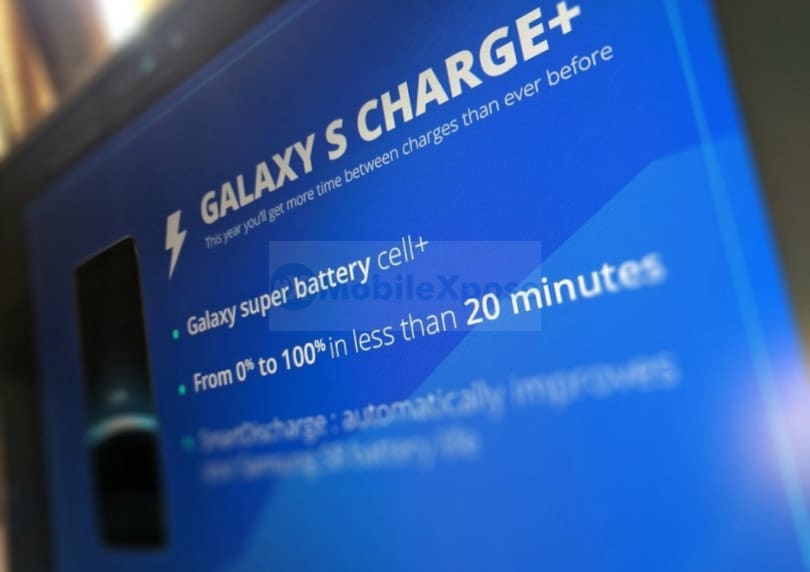 This feature is the answer to the Dash Charge (of OnePlus 3 smartphone). More details about the feature will be shared at the launch event happening soon.

Yesterday, AnTuTu benchmarking site revealedÂ that the Galaxy S8 will be powered by Snapdragon 835 chipset paired with 4GB of RAM and 64GB of internal storage. The phone will carry a 12-megapixel rear facing camera along with an 8-megapixel front camera. The Samsung Galaxy S8 will have a 5.8-inch display (Samsung Galaxy S8 Plus will be a 6.1-incher).Â Interestingly, a couple of AnTuTu benchmark tests revealed that the to-be-released Samsung smartphone will come with different screen resolutions. One unit is reported to have a 1080 x 1920 pixels while the other measured 1080 x 2220 pixels.