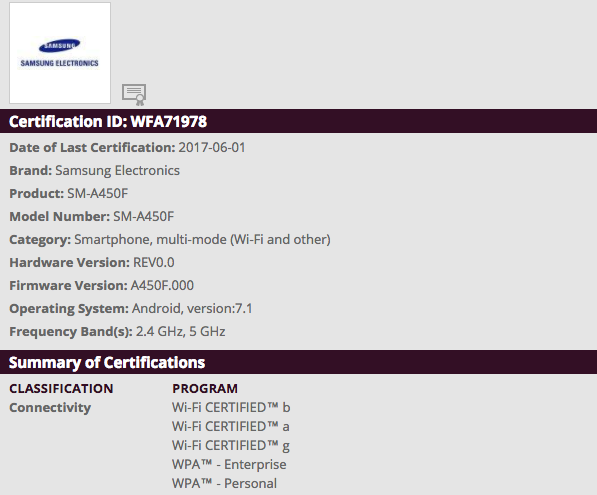 As per the listing, the Samsung device will run on Android 7.1 Nougat. No much details about the phone is available at the moment.