Just few hours back, a new Samsung smartphone, codenamed as SM-G9600 was spotted on GeekBench with Snapdragon 840 chipset and 4GB of RAM. Now, another Samsung device with a model name – SM-G9650 has been spotted on the same benchmarking site. 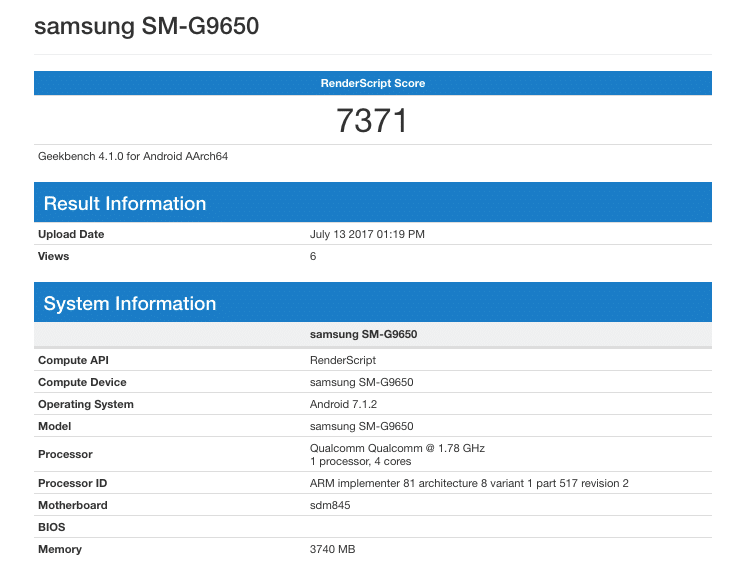 Interesting point to notice here is that the newly listed Samsung smartphone will be powered by a Quad core Snapdragon 845 chipset clocking at 1.78GHz. The device will have 4GB of RAM. Software-wise, the phone will run on Android 7.1.2 nougat.

No details of the device is known at the moment. It is expected that Samsung is going to unveil two smartphones running on Snapdragon 840 and 845 chipset.