As per GFXBench listing, Samsung SM-J720F will have a 5.5-inch HD screen, powered by an Octa-Core Exynos 7885 chipset coupled with 4GB of RAM and 32GB of native storage. Camera-wise, the phone will have a 13-MP rear shooter and an 8-MP selfie snapper. 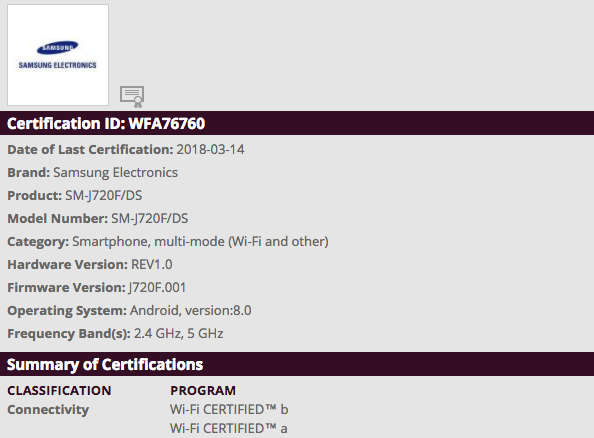