Sony is back in the smartphone race by launching a couple of devices in the market. Now, the company has launched yet another budget smartphone in European market. Sony Xperia E5 is launched in Europe at EUR 199 (roughly Rs 15000). There is no detail revealed on its availability in other parts of the world including India. 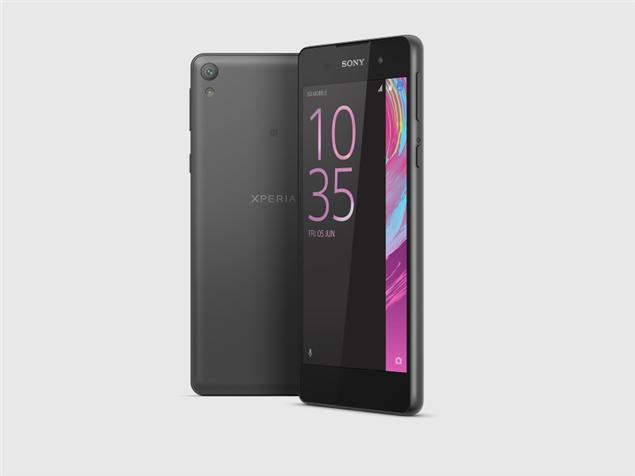 The latest offspring of the company, Xperia E5 bears the same outer shell as of Xperia X series. Fitted with a 5-inch HD display, the phone is boosted by a 1.3GHz Quad-core MediaTek processor with 1.5GB RAM. This set of specification is now seen in smartphones costing Rs 5000 in India. If this phone hits the Indian shelves, then this phone will be a whitewash. Coming to the camera department, Sony Xperia E5 flaunts a 13 megapixels rear snapper with LED flash, and a 5 megapixels front camera with LED Flash. You will get a 16GB of inbuilt storage (expandable up to 200GB). Rated to deliver 2 days of battery backup, the phone is fueled by a 2700 mAh battery. You will get NFC support and 4G connectivity as well. Two different color variants – Black and White have been launched by the company.