Xiaomi unveiled its flagship device for the year, Mi6 in April. There were speculations that the company might unveil the bigger variant of the Mi6 at the same event. But that didn't happen. Now, a bigger sized case cover is spotted along the Xiaomi Mi6 case cover appeared on Weibo. It could be the case cover of Xiaomi Mi6 Plus. The alleged Xiaomi Mi6 Plus cover has the same dual camera setup on the back. The Plus variant has already got 3C certificate in the past as well. But as of now, there is no official confirmation on its arrival. 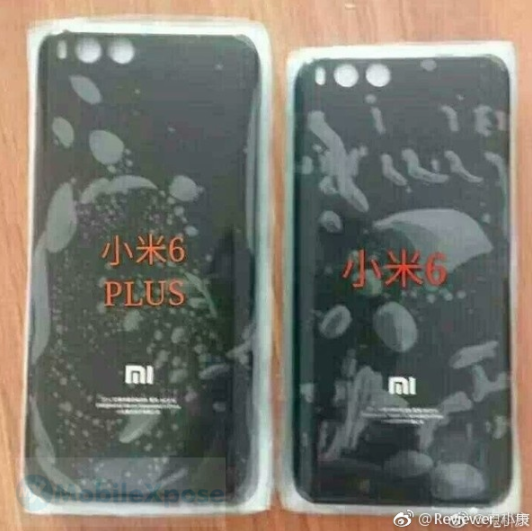 In terms of specifications, the Xiaomi Mi6 Plus is rumoured to have a 5.7-inch Full HD display backed by Snapdragon 835 chipset coupled with 6GB of RAM with 64GB/128GB of native storage.

Camera-wise, the phone will feature a dual rear camera setup sporting 12MP+12MP sensor. On the front, there will be an 8MP selfie snapper. A 4500 mAh battery could be fitted under the hood.