Xiaomi has already unveiled its phablet for the year, Mi Max 2. The phone is expected to be launched in Taiwan and Hong Kong in coming days. Now, after a couple of weeks launch, Xiaomi Mi Max 2 has again hit the benchmarking site, GFXBench. The listing confirms all previous announced specs, but another storage variant, 32GB has been spotted. At the time of the launch, only two storage variants have been announced – 64GB and 128GB. 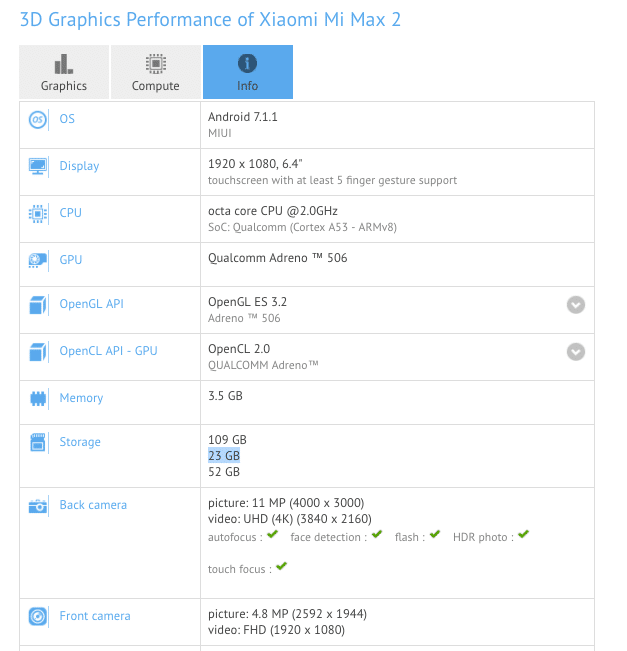 As per the listing, the Xiaomi Mi Max 2 has a 6.4-inch Full HD display backed by a Snapdragon 625 chipset paired with 4GB of RAM. Talking about the camera of the device, a 12-megapixel lens has been added to the rear side of the phone, which is capable of shooting 4K videos. On the front, there is a 5-megapixel camera. The phone runs on Android 7.1.1 Nougat.

It is possible that Xiaomi could launch a cheaper version of the Mi Max 2 in other parts of the world with 32GB of storage.