It is not for the first time when Xiaomi to-be-launched flagship smartphone, Xiaomi Mi6 has been appeared on a benchmarking site. The phone has already made its appearance recently on GFXBench with the model name, Xiaomi Sagit. Today, another benchmark result has been spotted on theÂ GFXBench of the Xiaomi Mi6. This time, listing on the site reveals that the Xiaomi Mi6 will have a Dual rear camera setup with two 12-megapixel cameras. Earlier, it was said that the Xiaomi Mi6 Plus will only have a Dual rear camera setup. Previous reports claimed that the Mi6Â will be equipped withÂ a 19-megapixel rear facing camera. 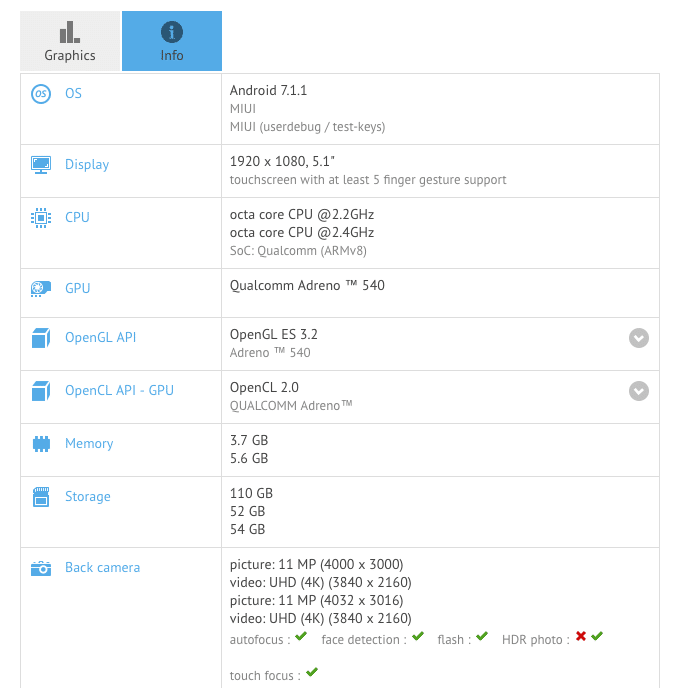 Other major specs of the phone include a 5.1-inch Full HD display powered by a Snapdragon 835 SoC paired with 4GB and 6GB RAM variants. The phone will come in two storage variants – 64GB and 128GB. On the front, there will be a fingerprint sensor along with an 8-megapixel front camera. Earlier reports revealed that the phone will pack a 3200 mAh battery. The phone will run on Android 7.1.1 Nougat.

The Xiaomi Mi6, along with its bigger brother (Xiaomi Mi6 Plus), will be unveiled on April 19.