Earlier expected to be announced in August, Xiaomi MIUI 9 based on Android 7.0 Nougat will be officially unveiled on July 26. A new poster revealing the same information has spotted online. Xiaomi had confirmed a few weeks ago that MIUI 9 is under development, but a launch date for the same was not revealed. No more details apart from its release date is known yet. 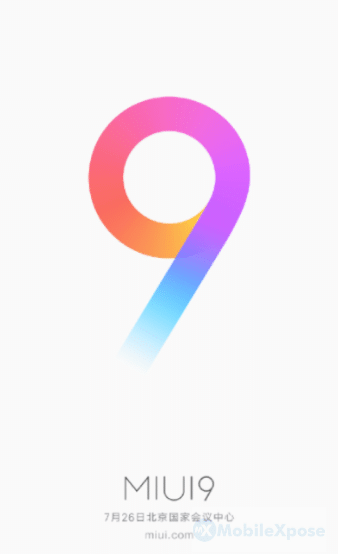 In the past, a couple of screenshots of the Xiaomi's upcoming UI were shared online recently to obtain feedback from the users about MIUI 9's upcoming design.

Xiaomi CEO Lei Jun had stated that MIUI 9 will be more fluid and powerful than previous versions. It is also expected to feature the split-screen mode and the picture-in-picture mode, which is also due to arrive with Android O.