A couple of real images of Xiaomi new phone spotted online with single rear camera and dual tone LED flash. The phone seems to have a 5-inch display. At front, an LED flash is visible too along with MI logo. The phone is leaked in Black color variant and has a plastic body. The phone is tipped to run on Yun OS. Is it Xiaomi Redmi 5 or any other Xiaomi budget smartphone? The device has capacitive keys as well. 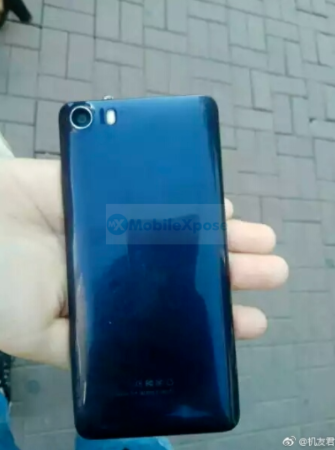 Earlier, an alleged Redmi 5 was spotted on TENAA with a rear fingerprint scanner. It was tipped to feature a 5-inch display, and pack a 4000 mAh battery.