It is expected that Xiaomi could unveil its new smartphone, Xiaomi Redmi Note 5 in India in the coming days, most probably on February 14. Speculations about the phone have already been up online, hinting a dual rear camera setup along with 18:9 aspect ratio display. Today, an alleged render image of the Xiaomi Redmi Note 5 has arrived. 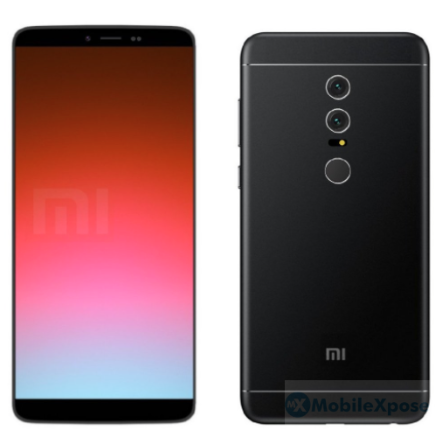 Looking at the render image, the phone has got the common 18:9 ratio display with almost no bezels. No sign of fingerprint sensor is present on the front.

As far as rumours around the phone are concerned, the Redmi Note 5 is expected to sport a 5.99-inch full-HD+ display. A Snapdragon 636 processor along with 4GB of RAM could be fitted under the hood. The phone would arrive in two different storage variants – 32GB and 64GB of internal storage. A 4100 mAh battery is speculated.

This leaked image is not an official render. Exact design and details of the phone will be unveiled at its launch event.