Xiaomi’s upcoming device, Redmi S2 has been recently spotted on TENAA. Now, the device has made its appearance on the certification site, FCC with a codename – M1803E6G. FCC ID of the device is 2AFZZ-RMSE6G. The purported device is expected to be launched in the coming week. 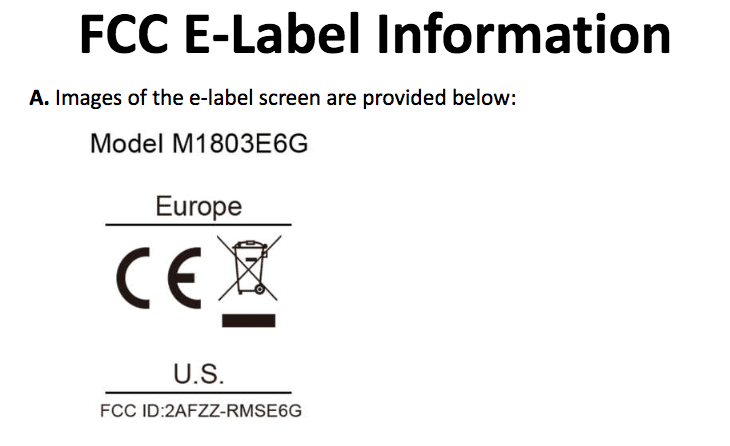 As per TENAA leak, the Xiaomi Redmi S2 will arrive with a 5.99-inch display with HD resolution (1440×720 pixels). Inside, the phone might be powered by the Snapdragon 625/630 chipset. Like always, Xiaomi’s upcoming device will be launched in three different variants with differing RAM and storage capacities: 2GB RAM + 16GB storage, 3GB RAM + 32GB storage, and 4GB RAM + 64GB storage. Battery-wise, the phone will fuel a 3000 mAh battery.

In terms of camera, the phone will flaunt a dual rear camera setup with vertical orientation. The phone will get a 12-megapixel dual camera and an 8-megapixel front snapper.