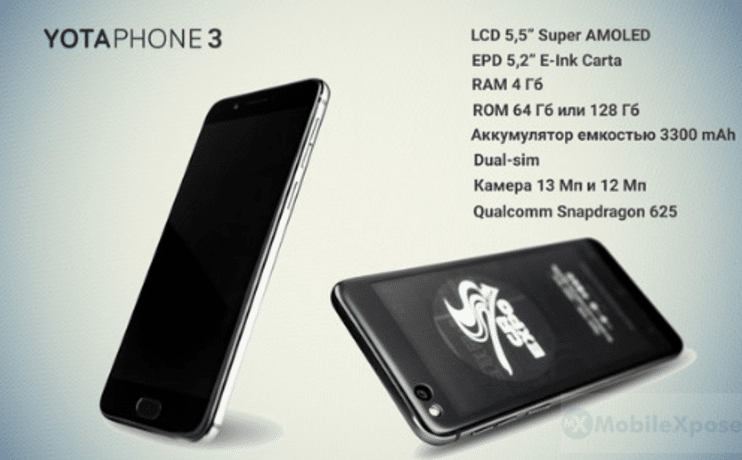 The device will be first up for sale in China via JD.com. Pre-order will start on September 5 and will be available for purchase from September 18. The 64GB version will be priced at 2398 yuan and the 128GB variant will cost 3098 yuan. Later, the phone will be introduced in other countries including Russia.

The Yota3 was recently spotted on TENAA as well. The newly launched phone has a 5.5-inch Full HD super AMOLED display with a frontal fingerprint scanner. The secondary HD display is on the rear panel of the device measuring 5.2-inch.

Inside, the YotaPhone 3 is powered by Snapdragon 625 chipset paired with 4GB of RAM. The device will be available in two different storage variants – 64GB and 128GB. Running on Android Nougat, the phone packs a 3300 mAh battery.

In terms of camera, the phone flaunts a 12-megapixel rear camera along with LED flash. On the front, there is a 13-megapixel selfie shooter.