A couple of hours back, a couple of purported images of the upcoming OnePlus 5 surfaced online. The phone with a dual rear camera setup (vertical) was rumoured too in the past. Now, another design leak of the OnePlus 5 made its appearance on Weibo. The phone has got an all black look combined with separate dual rear camera setup (horizontal) with a Dual tone LED flash placed on the left side of the dual camera setup. Previous leaks have shown dual camera lens similar to what we have already seen in Apple iPhone 7 Plus models. 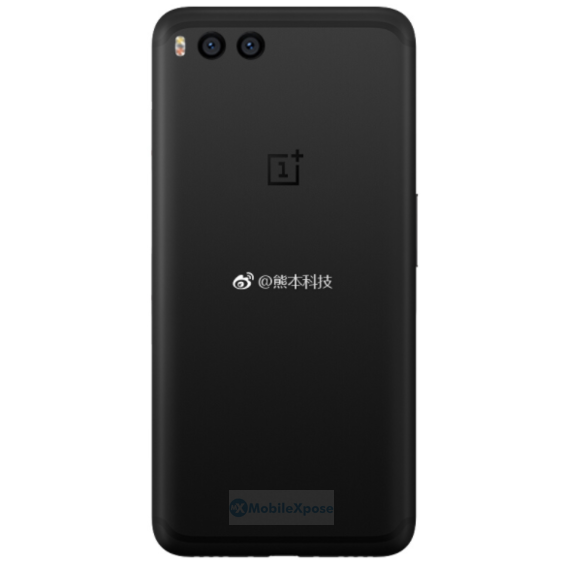 Antenna bands are well placed, gives us an iPhone 7 feel. Apart from the dual camera setup, the back of the phone has a OnePlus logo. Fingerprint scanner will be fitted on the front side of the device. A USB port (Type C) is fitted at the bottom, visible in the leaked image.

Oneplus 5 has appeared on Antutu revealing an Octa core Snapdragon 835 chipset paired with 6GB of RAM. There will be 64GB of internal storage. The device will run on Android 7.1.1 Nougat. As per the Antutu listing, the OnePlus 5 will carry a 16-megapixel rear camera (probably dual setup) and a 16-megapixel selfie camera. A 5.5-inch screen size is expected. Full HD display resolution is confirmed.