Scheduled to launched on April 26, Meizu upcoming smartphone, Meizu E2 has got its new leak today. Now, a promotional pamphlet of the Meizu E2 has confirmed that the Meizu E2 32GB variant will be priced at Yuan 1699 (Rs 15900 approx). The phone is also expected to be come in 4GB RAM and 64GB storage variant. This information is also shared in the same leak. 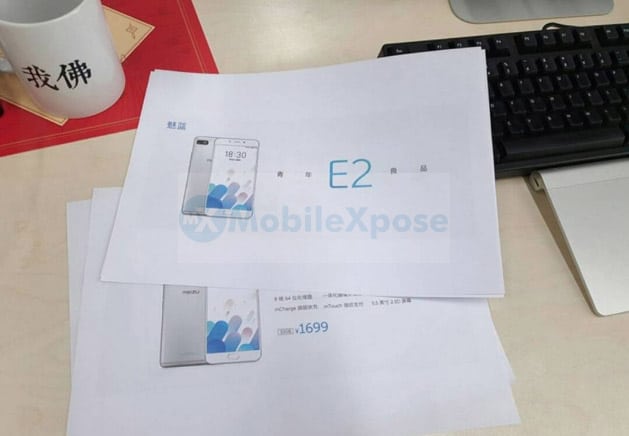 Other major specs of the phone include a 5.5-inch Full HD display with 2.5D curved glass on top. mCharge feature is present in the phone as well. No other information about the phone is clearly shown.

Earlier leaks hinted that the phone would be run on an Octa core processor. Camera-wise, the phone might get a 13-megapixel rear camera and a 5-megapixel. These rumoured specs of the E2 is actually the specs of another Meizu smartphone codenamed Meizu M612C. Design-wise, both these Meizu phones are different.