Nubia Z17 is in news since months for its powerful Snapdragon 835 chipset and Android 7.1 Nougat. The phone was spotted on GeekBench recently with a model number, NX563J. Now, an official web page of the Nubia Z17 spotted online revealing a couple of more features and dumping the previous rumoured specs. 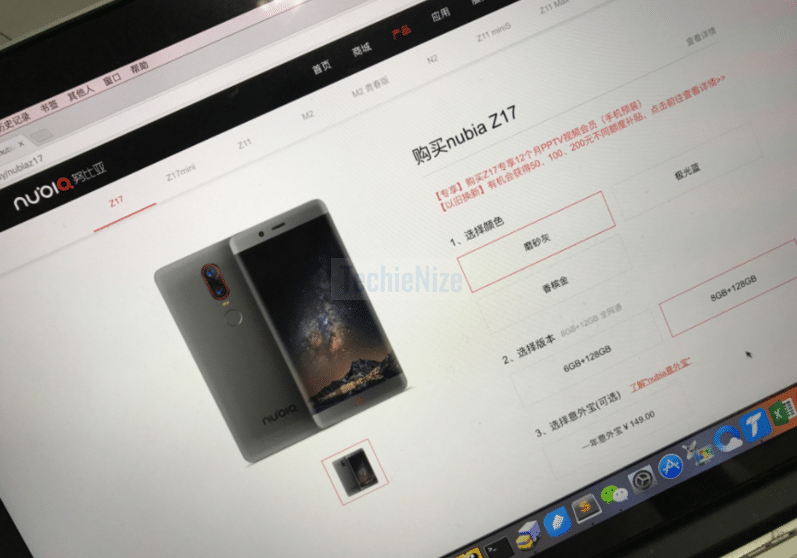 As per the official web page, Nubia Z17 will come with a vertical dual rear camera setup with a Dual Tone LED flash. The phone will come with a massive 8GB of RAM accompanied with 128GB of internal storage. A 6GB RAM variant will also be launched. The phone has got a curved display as well. A rear fingerprint scanner is fitted.

As per the GeekBench listing, the upcoming Nubia Z17 would have 4GB of RAM. But with this leak, 6GB RAM and 8GB RAM variants will be launched.