This is not the first time when Samsung Galaxy J7 (2017) aka SM-J730FM has been spotted on FCC. The upcoming Samsung smartphone has again cleared the Federal Communications Commission (FCC) in the United States. This time, Dual SIM variant hasÂ also got clearance with the codename SM-J730FM/DS. The FCC listing also hints at different rear design of the upcoming Galaxy J7 (2017) flaunting new camera design with LED flash under Rear camera lens. It has got a 3.5mm audio jack at the bottom along with a microUSB port. 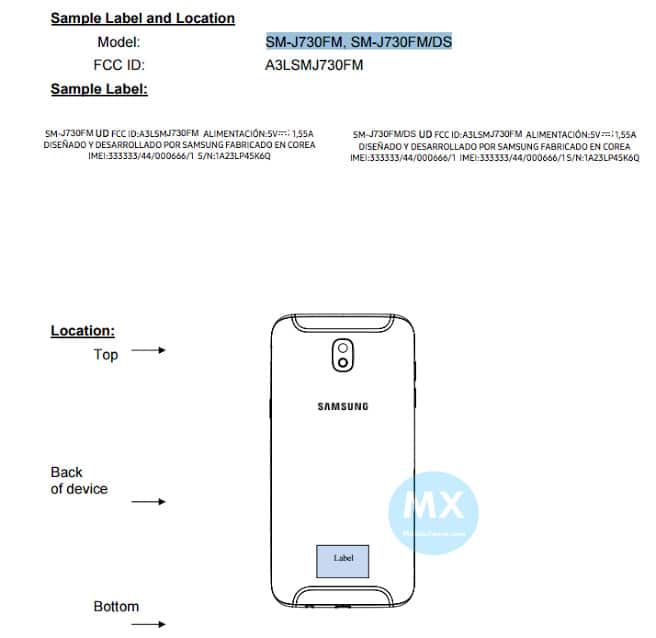 The Samsung Galaxy J7 (2017) has also received WiFi and Bluetooth certifications in the past. Previous leaks of the phone hints a 5.5 inch Full HD display powered by Exynos 7870 chipset combined with 3GB of RAM. The device is expected to get a 13-megapixel rear camera along with a 5-megapixel front snapper.