Samsung Galaxy Note 8 is expected to be launched soon – August 23. Just a week before its official launch, a benchmarking site, GFXBench has listed all major specs of the upcoming Note smartphone. As per the GFXBench listing, the Samsung Galaxy Note 8, codenamed as SM-N950, will have a 6.4-inch infinity display with 2960 x 1440 pixel. Inside, the phone will be powered by an Octa core Exynos Octa 8895 chipset clocking at 2.3GHz. Another Snapdragon 835 running model will also be launched for the US market. 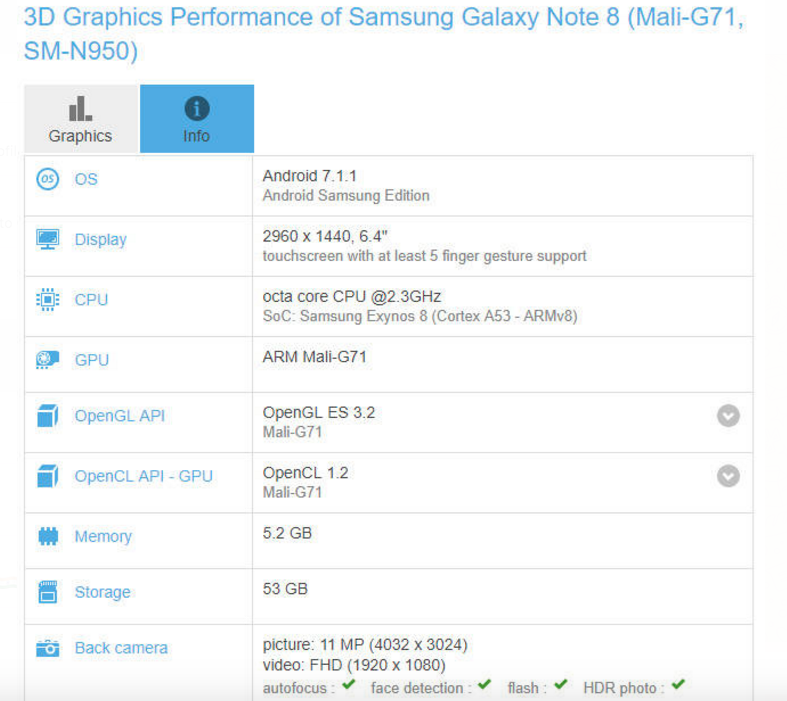 RAM is 6GB, while the storage space is 64GB. In terms of camera, the phone will have a dual rear camera setup with 12-megapixel lens. On front, there is an 8-megapixel selfie snapper. Battery details are not specified in the listing.