Nokia low-end smartphone, Nokia 2 has recently popped up online flaunting its rear and front side. Now, another Nokia smartphone, codenamed Unknown Heart, has appeared on the benchmarking site, GeekBench. The same listed phone could be the anticipated Nokia 2. 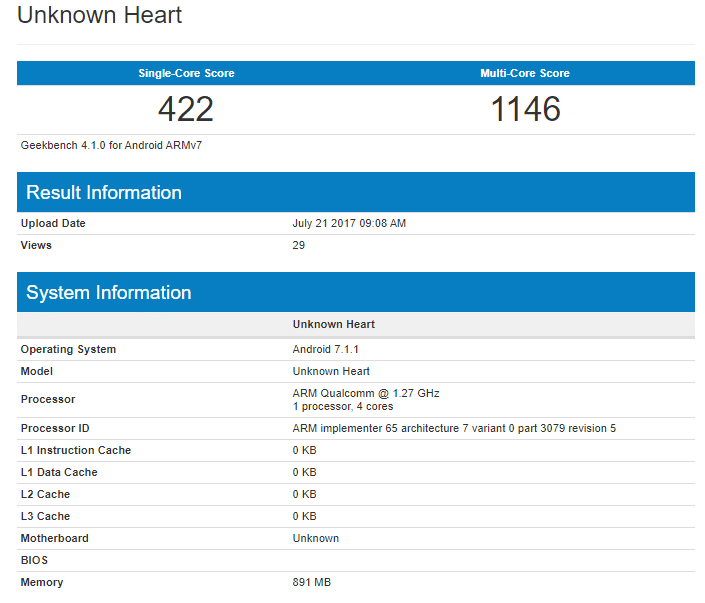 As per the GeekBench listing, alleged Nokia 2 would be powered by Snapdragon 212 chipset coupled with 1GB of RAM. The upcoming device will run on Android 7.1.1 Nougat. No more details of the phone is confirmed yet, as per the benchmark listing. The Nokia 2 is expected to have a 4.5-inch display with a decent camera configuration.