After appearing on GFXBench in the past, Asus X00ID has now appeared on WiFi Alliance. The listing reveals that the phone will run on Android 7.1.1 Nougat. 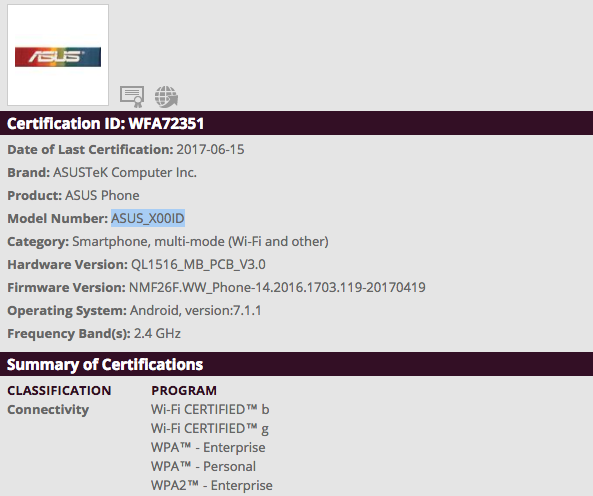 As per the GFXBench listing appeared in the past, the phone boasts a 5.5-inch HD display powered by an Octa core processor clocking at 1.4GHz. RAM is 3GB, while internal memory is 32GB. Camera-wise, the phone sportsÂ  a dual rear camera setup with 12-megapixel + 5-megapixel configuration. On the front, there is an 8-megapixel selfie camera. Battery details about the phone is unknown yet.